You may have noticed the pipelines that lead to factories ablaze in our binocular scene. The factories are in Prudhoe Bay, a town located in the North Slope Borough of Alaska. It is the first stop along the way for players to drop off and pick up cargo.

Prudhoe Bay is in the tundra, dominated by frigid winters and a bounty of small lakes and ponds due to permafrost. There are no trees and an abundance of oil fields. 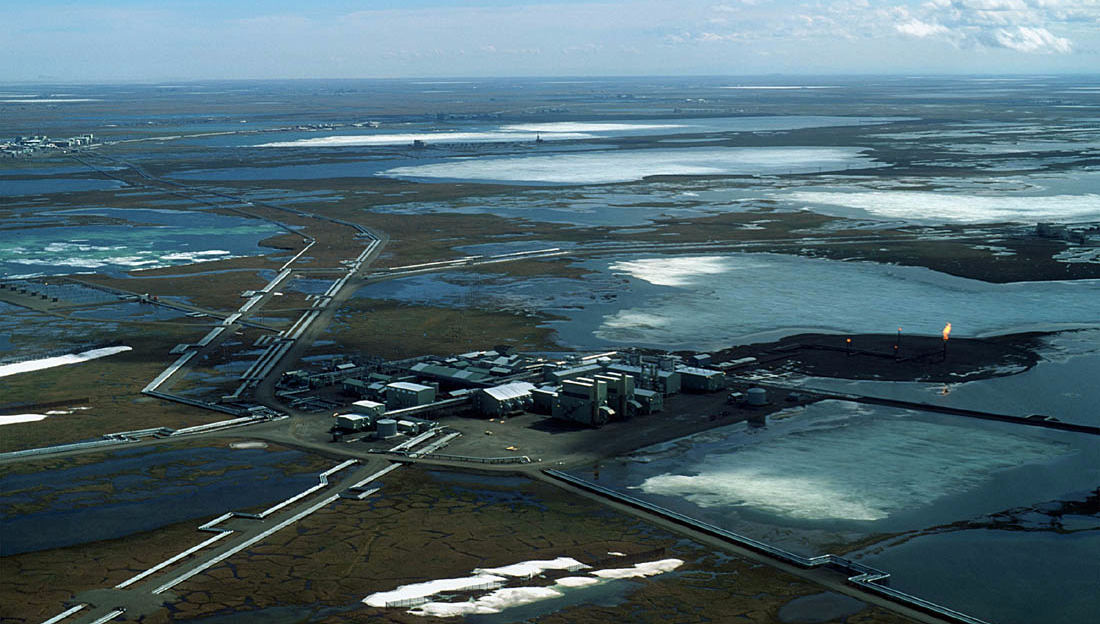 The oil lies in porous rock formations deep below the surface and rises to a wellhead under its own geologic pressure. Oil from the drill sites are sent to be tested for their oil, gas, and water ratio. The correct mixture is then sent to a flow station and separated out to the pipelines where it ends up on the market. 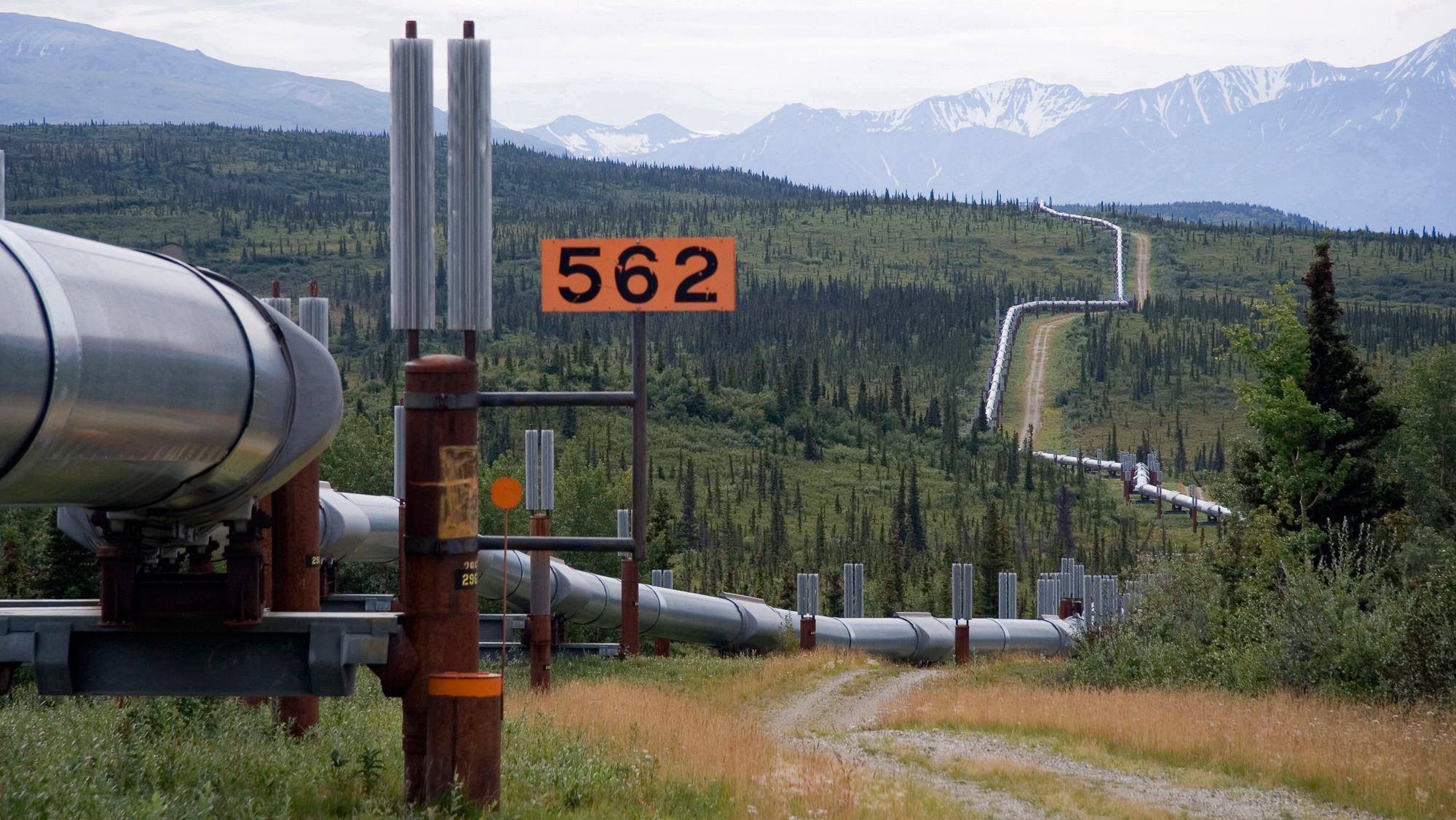 There is a causeway and dock system on the east and west sides of Prudhoe Bay that currently services the line-haul barges that transport drilling and production infrastructure to the North Slope. The West Dock Causeway was constructed to support oil exploration, access a seawater treatment facility, and serve as an alternative to East Dock. 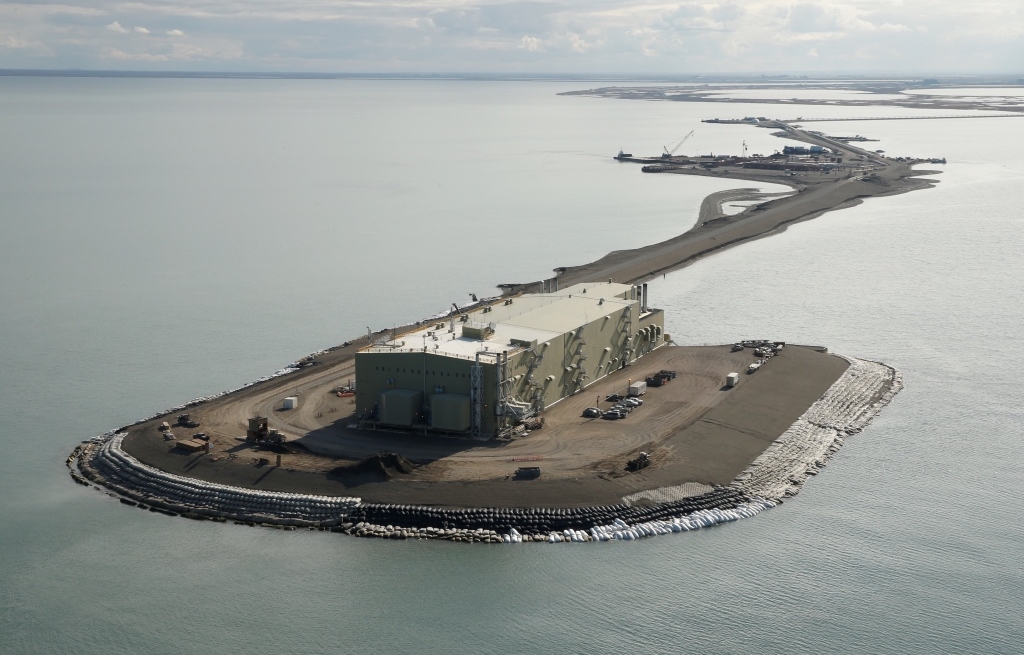 Based on the visual research provided, the art team began to build out the pipelines, Prudhoe Bay, and the West Dock Causeway.

Feiqi modeled the oil derricks and an idle fishing boat on the causeway. Staying authentic to the visual research, Feiqi created a low-poly version of both. The building foreshadows what's to come at the end of the binocular scene and the fishing boat gives clues to life around the bay. 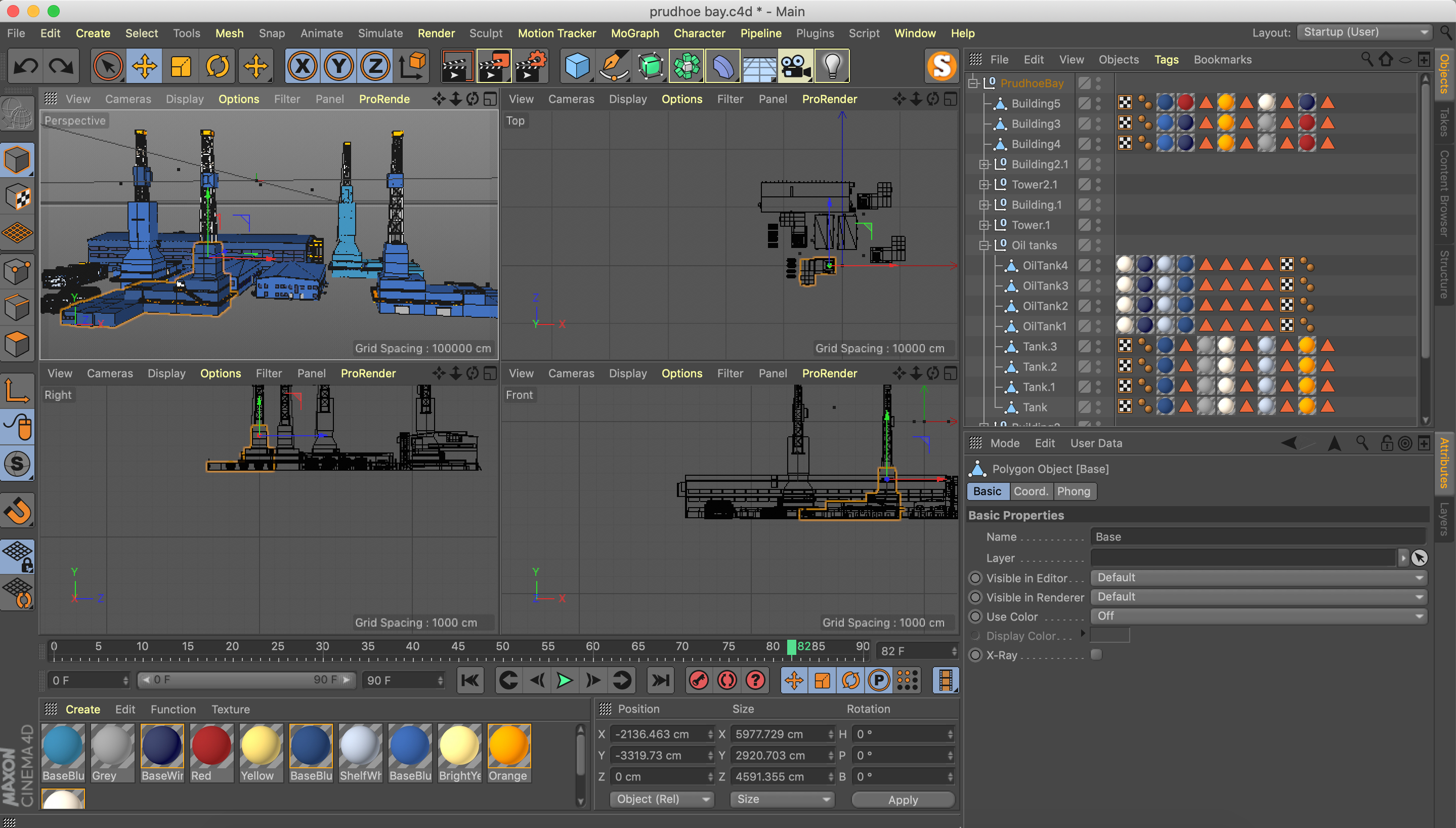 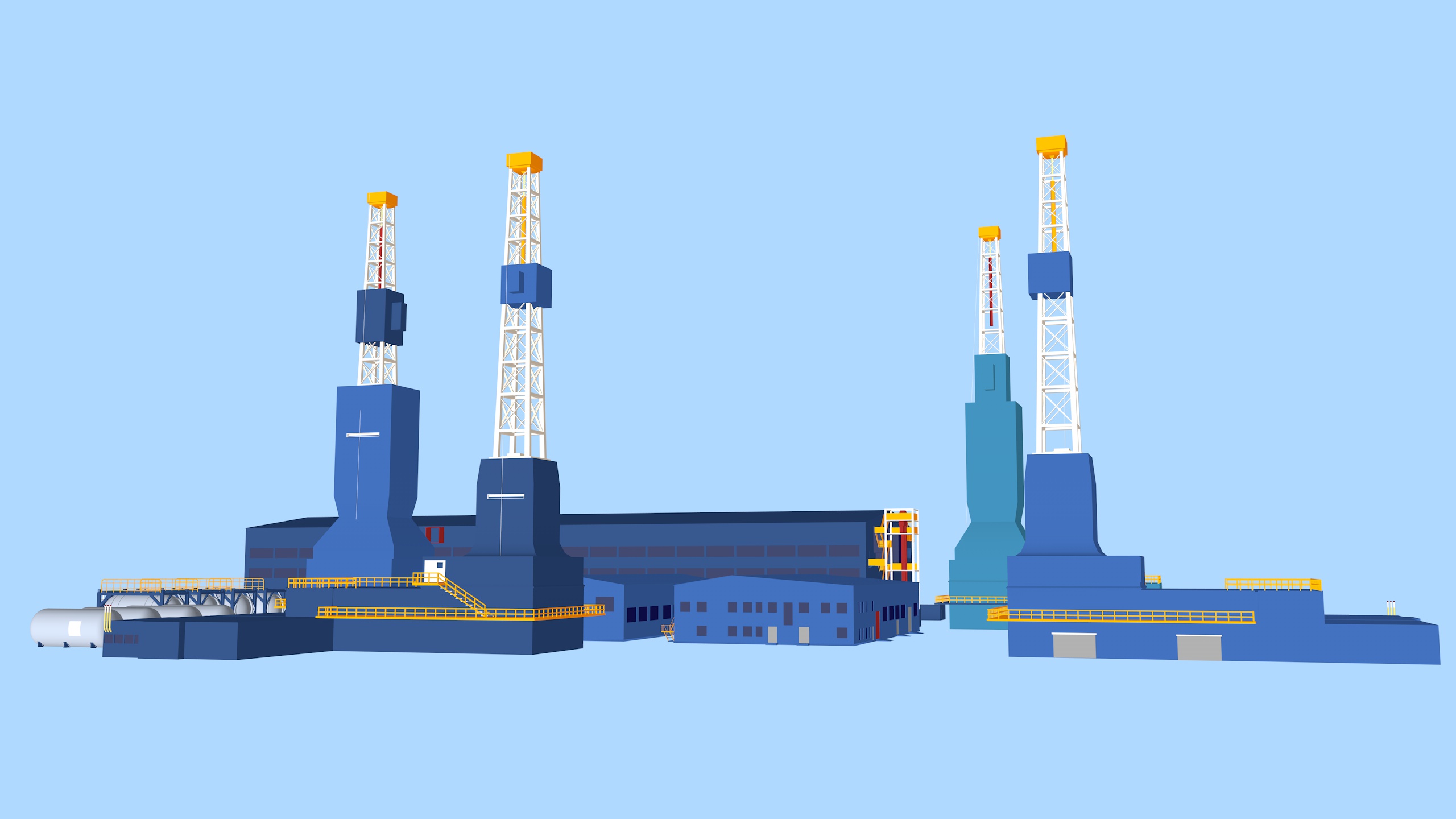 Juliette tackled the pipelines and the dock following Sammy's research. She found a balance between accuracy and creative liberties to keep the visuals in line with the rest of the game's aesthetics. The seawater treatment and the trucks around it at the end of the causeway is a replica of the real one — even down the specific shade of green ! 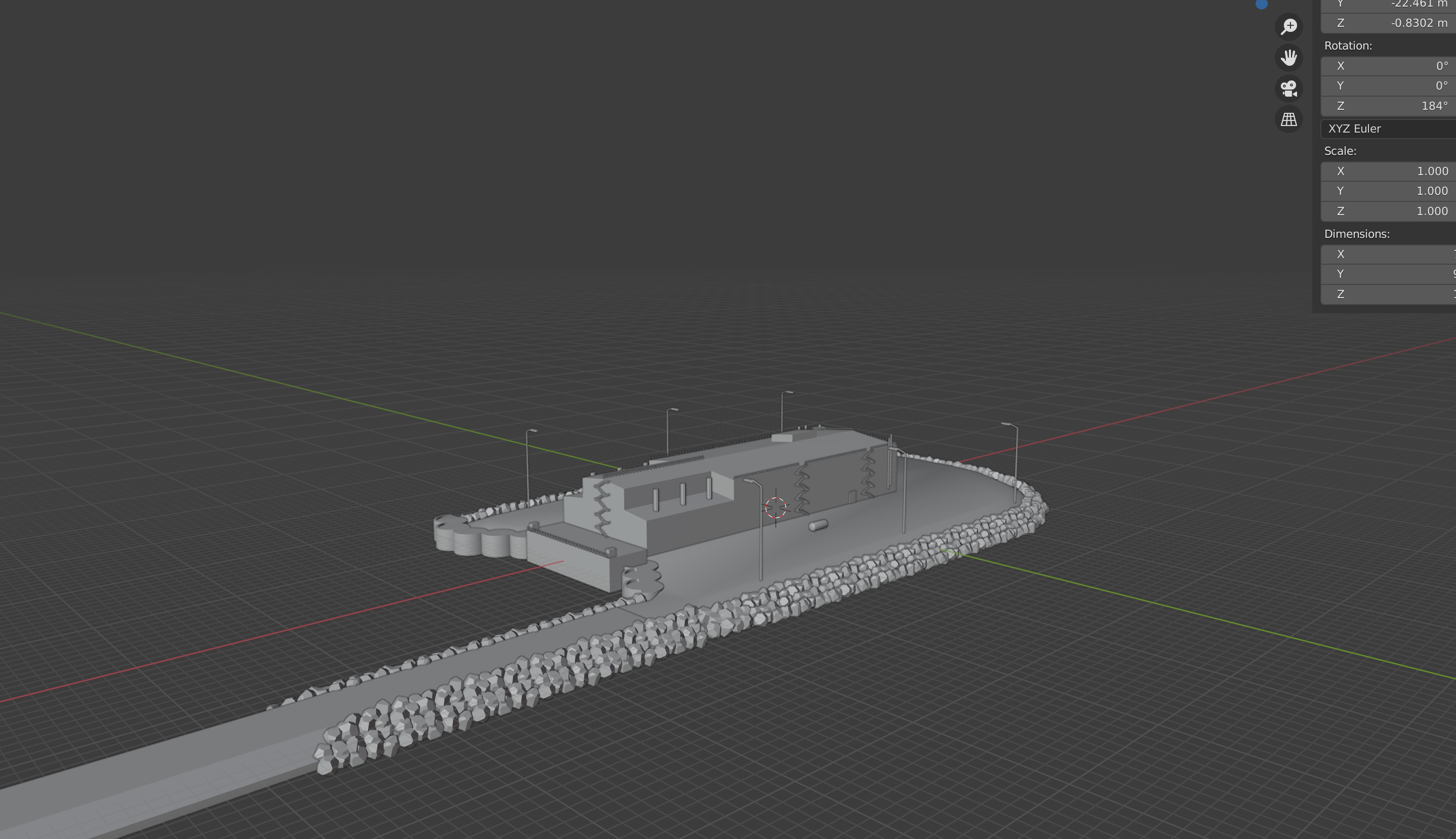 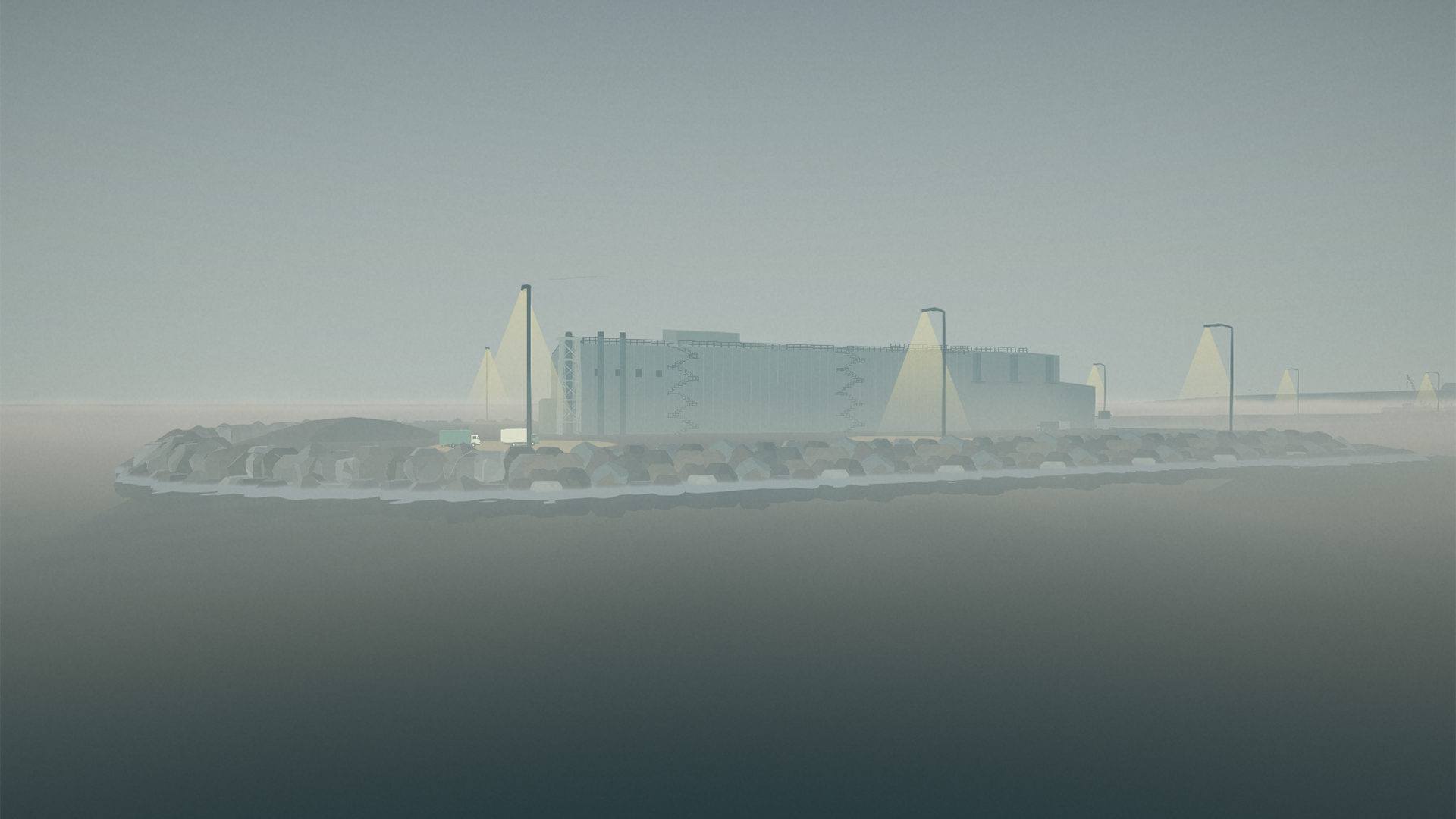 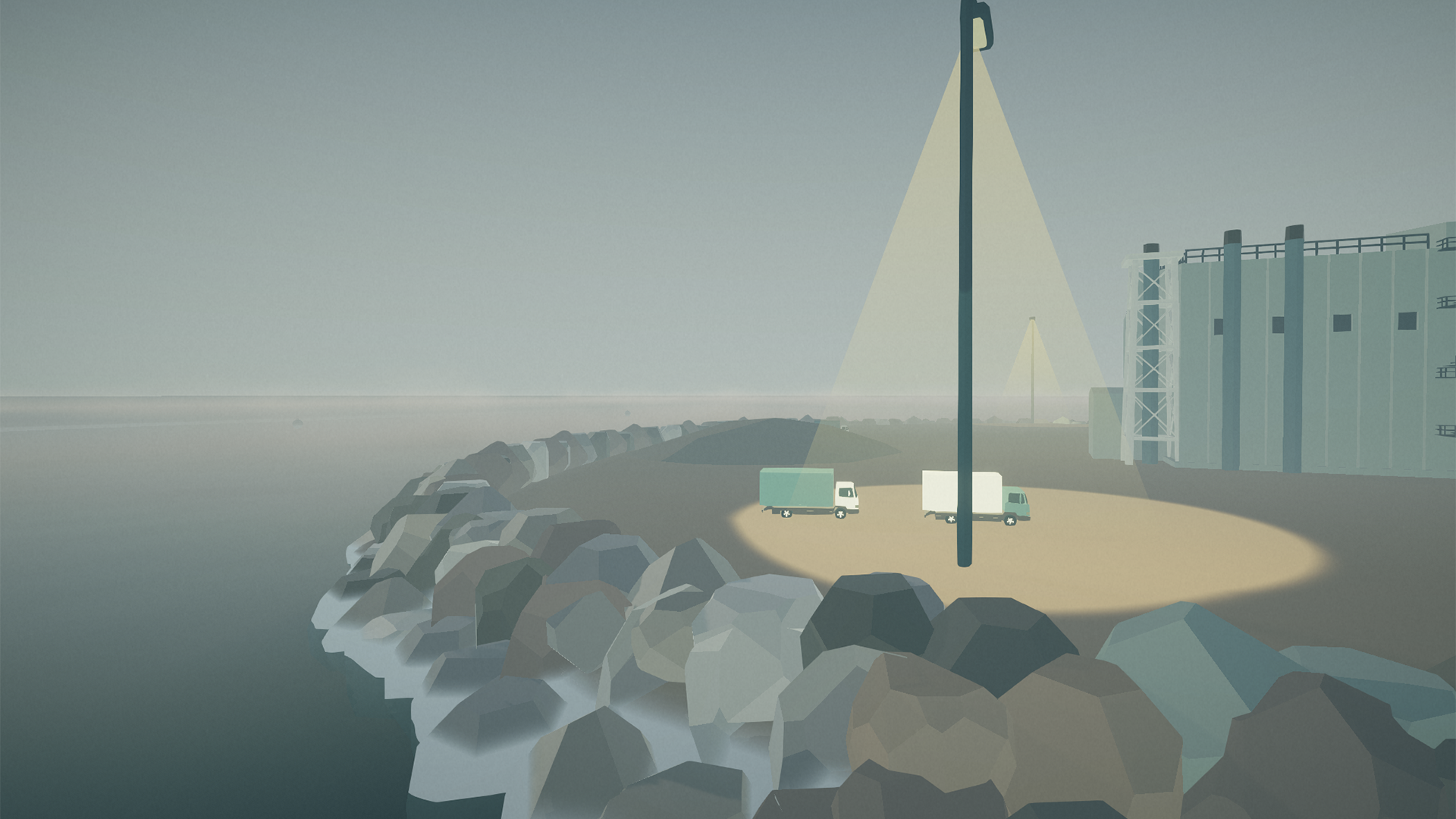 The overall ambience of the scene is mysterious, industrial, and polluted. The cold colour palette in contrast with the previous binocular scene adds to the bleak essence of the area. Guided by a ballet of red crane lights, players pass through a shroud of fog to reach the dock. 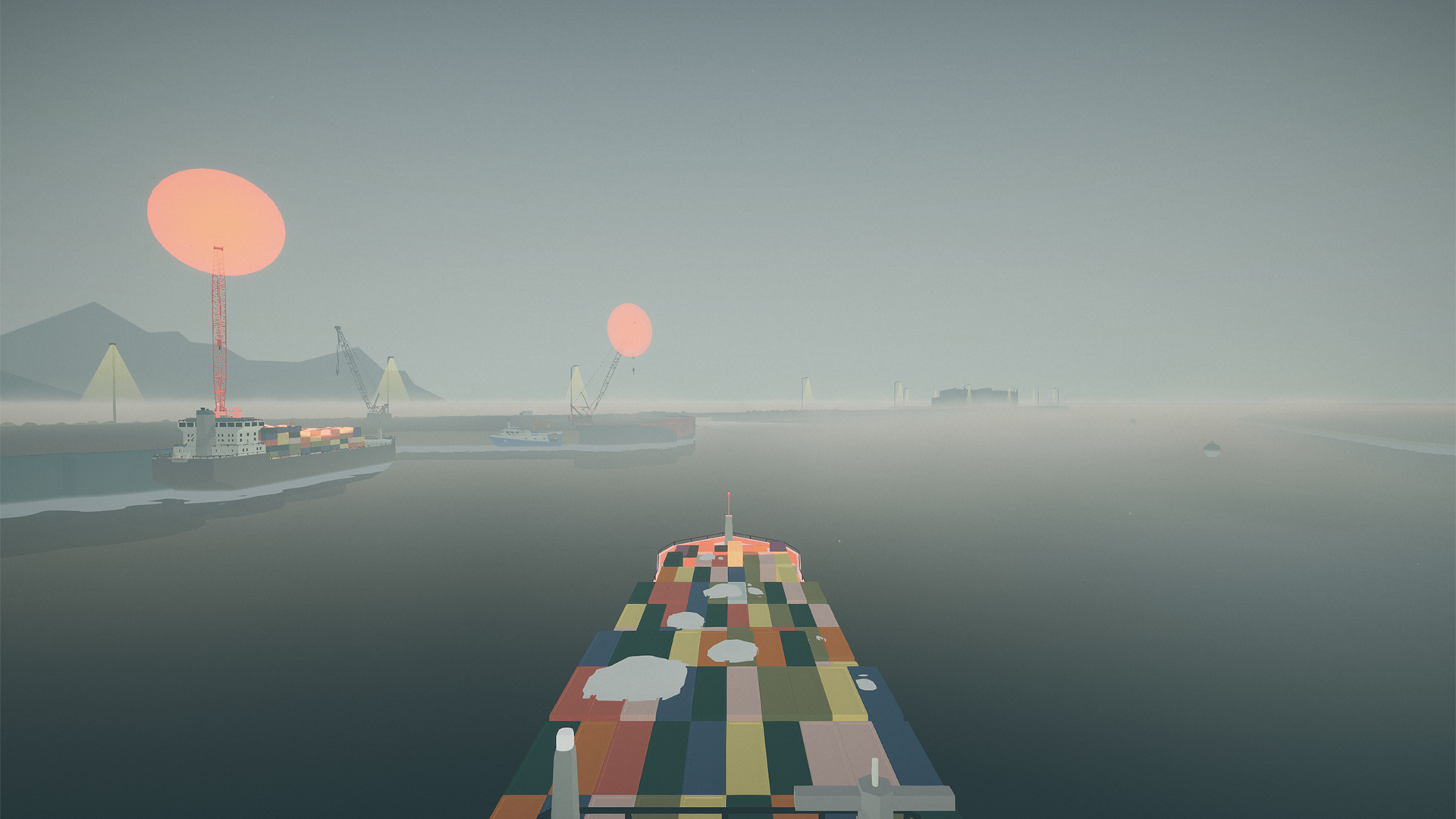 When the player arrives to exchange their cargo, they will park their ship and see a summary of accounts. It will show the amount of money they made thus far, plus the cost of repairs and fines that were charged. They will also be faced with a choice between three types of goods. The first being animal pelts, the second is machinery for petroleum drilling, and the third is scientific equipment for Arctic research.

Our subtle gameplay for this scene was inspired by Lucas Pope's Papers, Please. The choice gives the player a chance to be more in immersed in their role as captain and gives them a sense of control.

The decision will inform the rest of their odyssey throughout the Arctic. The animal pelts are less fragile, but more time sensitive. Whereas the scientific equipment is delicate with the potential for greater profit. What will the players deem more important for their journey towards shipping leadership ?

thats a very interesting devlog you got going on here!

thank you so much for reading !